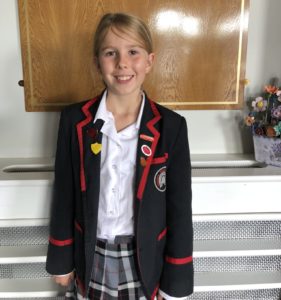 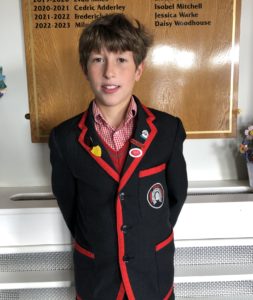 We have had a great start to the academic year in the languages department. Spanish Day was a roaring success; the children continue to greet each other now in the Spanish they learned on the day. There was a real buzz around the school and the children enjoyed discovering more about Spanish culture. This followed on from a successful Mandarin workshop last term and we are looking into exploring other languages in the future through workshops and whole school culture days.

In exciting news, we have introduced our first ever Brook Priory Languages Prefects this year. Theo and Daisy have some great ideas, so watch this space! They have already implemented the French ‘Word of the Week’ that they have both carefully chosen for each week of the term. To encourage language practice around the school there are now some new French playground signs which display the days of the week, months of the year and numbers. The Language Prefects decided where they should go for maximum impact.

French is becoming embedded further into school life from nursery up to Form VI, as the children grow in confidence and knowledge. Staff can often hear the children singing in French or greeting each other in the corridors, which is wonderful! The children will stop to chat to Madame Persani in French too and she is delighted that their confidence to speak another language is blossoming.

Our upcoming ‘Spotlight on French’ afternoons during the Spring term will be in an ‘open afternoon’ format. This is a chance to come and see Madame Persani and the languages classroom and have a look at the resources we use at Brooke Priory School.

Bravo to all our young linguists. Keep up the good work. Superbe!